The Basics of Affordable Homeownership 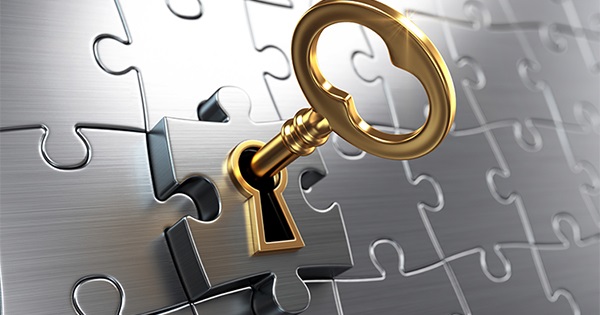 WELCOME A little history lesson…..less than ½ of Americans owned their own home at the beginning of the 20th century. During the Great Depression, many people lost their homes. During the next 2 decades, with the creation of FHA low down payment home loans and the GI Bill (VA), the homeownership rate rose dramatically, topping 60 percent by 1960. Modest gains in the homeownership rate were made in the 60’s, 70’s, and 80’s. During the 1990’s, homeownership rates trended upward as mortgage rates declined and the economy expanded. By 2004, a record 69 percent of Americans owned a home. Since 2004, due to the Great Recession and increases in minority population groups with low homeownership rates, the homeownership rate dropped to 63.7 percent at the end of 2015. Homeownership is an essential element of our culture and has been woven into the fabric of the American Dream for decades. Even with the damage caused by the Great Recession, surveys show that the dream of homeownership remains alive. As a Realtor for nearly 24 years, I have been committed to strengthening our communities through homeownership. I can tell you this, the dream of owning a home is rooted in its many social benefits to family, neighborhood and community. Nearly two out of every three households own their own home in Washington State. While many talk of how homeownership builds personal wealth, it is not the first reason people give. When homebuyers are asked for their primary reasons for buying a home, most respond that they want a place they can “call their own” or “to raise a family” and “put down roots”. Social benefits inspire the dream of homeownership. Studies clearly show that homeownership provides stability for families, neighborhoods, and communities. Homeownership and stable housing go hand in hand. With a home purchase comes the pride of ownership, and the sense of belonging. Where one has a financial stake in the neighborhood. It requires one of the largest financial commitments in a person’s lifetime and often the responsibility of a mortgage spanning as many as 30 years. Homeowners move far less frequently than renters and live in the same neighborhood and community for a longer period. While 5.0 percent of owner-occupied residents moved from 2014 to 2015, 25 percent of renters changed their residential location. The high renter “mover rate” is because renters are often younger, changing and searching for ideal jobs, not yet married and therefore, are less committed to one place. Because owners tend to remain in their homes longer, they add a degree of stability to their neighborhood. Homeowners reap the financial gains in the value of their home, so they also tend to spend more time and money maintaining their residence, which contributes to the overall quality of the surrounding community. Research shows that the stability of homeownership has positive effects on the academic achievement of children and cities improved performance in math and reading. In addition, a study by Green and White in 1997 finds that the decision to stay in school by teenage students is higher for those raised by home owning parents compared to those in rental households. It also reveals that the life management skills demonstrated through the responsibility of homeownership by parents, transfers to children. Another study by Harkness and Newman in 2003 found that children growing up in families with incomes less than 150 percent of the federal poverty line, homeownership raises educational attainment, earnings, and welfare independence in young adulthood. Another study concludes that homeowners report higher self-esteem and happiness than renters. Low-income people who became homeowners reported higher life satisfaction and higher perceived control over their lives. Perhaps, they are “happier” from their sense of accomplishment, having achieved a milestone. Homeowners tend to be more civically involved in their communities, which makes sense, homeowners have a greater stake in their neighborhood. Studies show that homeowners volunteer more, they participate in elections more frequently than renters and have a greater awareness of the political process. Homeownership creates social capital as they interact within the neighborhood and become more attached, committed, and active. They have a higher incidence of membership in voluntary organizations outside the neighborhood. Research also cites lower crime rates in areas where a majority of homes are owned by the occupant. In predominantly rental neighborhoods, there is a social disorganization, a breakdown in social bonds, family, and neighborhood association. Homeowners have more incentive to deter crime. Research also reveals improved healthcare outcomes, both mental and physical, and less welfare dependency as more of the social benefits of homeownership. Better physical health can partially be attributed the difference in the quality of housing between owned and rental. As stated previously, with respect to mental health, homeowners report a higher life satisfaction, higher self esteem, and perceived higher control of their life. When buyers get their keys and begin sprucing up a place the way they like it - painting, redecorating or renovating - it is a personal investment in their family and their future. I have witnessed the effect of homeownership on families and children, neighborhoods and communities and the social benefits are undeniable. In closing, let us grasp this opportunity today to learn about the tools and programs available to help low and moderate income families achieve homeownership. The results are undeniable. Thank you!